CASE STUDY: NSC3™ IN SUPPORT OF A FLOOD SITUATION

The rescue area of Lapland rescue services covers the whole of northern Finland. It is the largest rescue service area in Finland, covering areas from the Gulf of North Bothnia to the vast wilderness of Lapland. The forces of nature and long distances pose special challenges for the local rescue service.

Spring floods are one of the natural events of the seasons that keep the Lapland rescue service busy. Lapland has the largest river areas in Finland. The rescue service is constantly working to predict the occurrence of harmful floods in different areas of rivers. The river flooding in Lapland is especially dangerous. The massive current of the Lapland rivers also wash trees from the shores into the river. There are also ice blocks moving in the melting river, which can cause enormous destruction. The occurrence of floods is not entirely predictable. However with careful preparation and efficient allocation of resources, rescue operations will be able to intensify operations in a dangerous flood area. 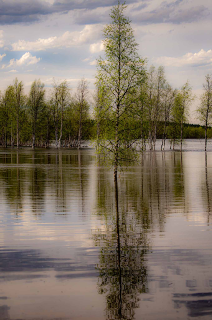 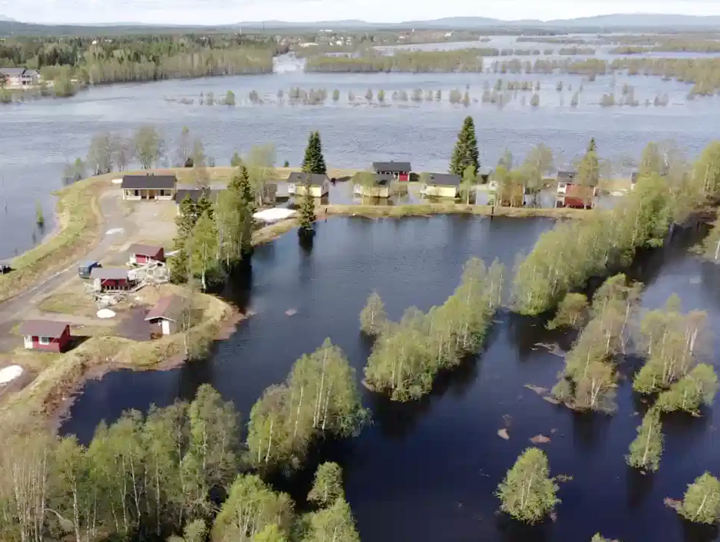 In Lapland, floods cover large areas. This pose significant rescue management challenges. Aerial photography has proven to be an effective tool to share situation awareness of a floodplain and as effective additional eyes in the supervision of operational rescue missions. In case of broadcasting of the aerial image, real-time capability is an important factor, especially in the operational activities of rescue missions.

The rescue of Lapland has been piloting Drone (RPAS) devices in aerial photography for several years. The Lapland Rescue team expanded RPAS investment in the spring 2020 with Group Video Service (NSION NSC3) by Suomen Erillisverkot. The new service enables video broadcasting in realtime from the RPAS device to the operational management center. Rescue team Lapland is aiming to train rescue professionals more widely in the use of RPAS devices. Reliability, easy deployment, and usability play an important role in the broader deployment phase.

NSION is strongly committed to developing a system and applications together with the Finnish Rescue Service and Suomen Erillisverkot, which will help rescue professionals in the introduction of new technology.

The Group video sharing service also proved its effectiveness in managing the flood situation in Lapland in May – June, 2020. The record of snow the past winter prompted various actors to prepare in time for the peak floods.

“The floods were plentiful, but the situation remained under control and fortunately the worst devastation was avoided – the floods were predicted to be the worst in fifty years. The videos taken with drones in the flood observations and maintaining the situation are superior to the observations from the ground,” says Chief fireman Mr Risto Tolonen from the Lapland Rescue Department.

“The clearest benefit of the videos for the rescue operations is to provide a comprehensive snapshot.”  Mr Kurvinen’s facility has three drones, two of which were used to assist in flood monitoring.

Mr Tolonen, Chief Fire Officer, says: “We were ready to be even more active in producing up-to-date video streaming. As the flood was smaller than feared, we flew drones in the floodplains in Rovaniemi and Kittilä for a few days. Personally, I focused on handling this snapshot from the air. Floods were also observed in the traditional way by manned aircraft with flood flights.” 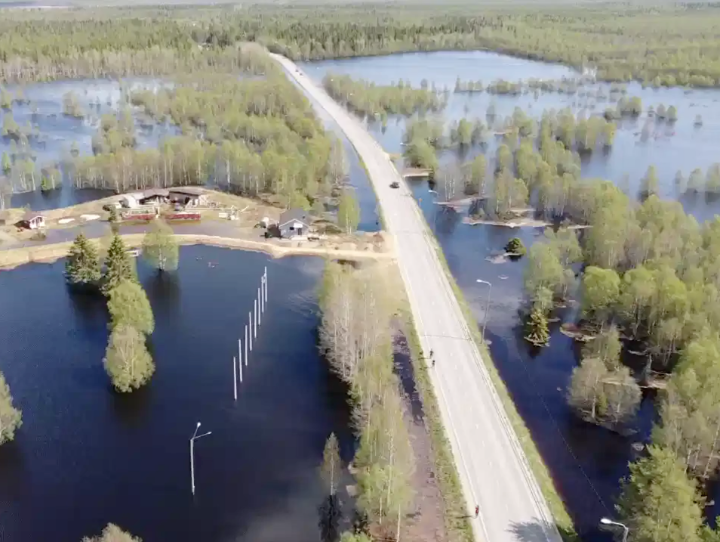 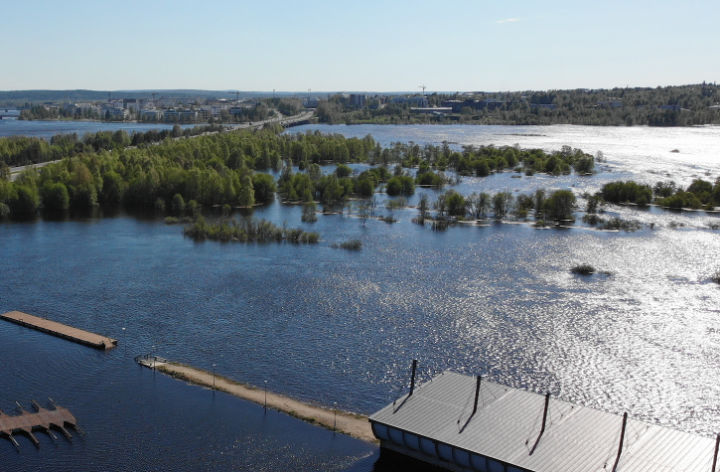 Mr Tolonen believes that the Lapland Rescue Department will benefit from the group video service in the future, especially in wildfires and traffic accidents. There are plans to acquire more dashboard cameras for the fire trucks in the near future.

“Our area of operation is wide. In most accidents, the rescue director coordinates the task from the command center and the distance to the scene can be very long. The camera providing a snapshot of the first car to arrive is an extremely good addition when the task manager assesses the seriousness of the situation and the resources needed for assistance.”

The group video sharing service also increases the safety of rescuers in accidents involving dangerous substances. The location can be viewed via video before the chemical diving team explores the destination.

Mr Tolonen also praises the system’s ease of use.

“I have been using the service for a few months now and I find it very smooth. The user does not need to be a computer genius. Today, almost every job requires knowledge of IT tools, and these skills can be used with a group video service as well.”

This is a combined description with original story published in Erillisverkot webpage.