Use Case: NSC3™ use in Protest situation

NSC3™ use in Protest Situation

As part of a pilot project with multiple state law enforcement agencies a request came in to support a tactical team's drone unit. NSC3™ was specifically configured to provide a secure means to share the drone video with the unified command center as well as delivered to smartphones in the field.

In a small city on a quiet Sunday morning a large crowd began to converge in the park and then began to march through the streets. The protest was a peaceful display that grew to an estimated 11,000 people (about the seating capacity of Cameron basketball stadium at Duke University).

Several drones were prepositioned on rooftops of city owned properties that allowed for large areas of the city to be quickly observed from above allowing the unseen to be seen live as it occurred. 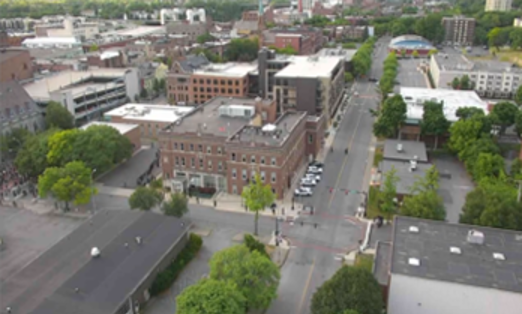 One incident that did occur during the protest was the arrest of several armed individuals, Officials said the armed men dressed in military style body armor and wore bullet proof vests. Some of the men carried loaded firearms and two-way radios and some also carried batons.

The group was surveilled from above by the drone team and shared with the command staff on the streets. A tense situation that was fully documented by recording the live video stream that can be used for After Action Review and for future training purposes.

NSC3™ When a second is a lifetime.